We are honored to announce the 2021 law student scholarship recipients. More than ever, we need Iranian American lawyers advancing civil rights and the public interest not just for our community but for all impacted communities. Recipients of the 2021 scholarships were selected from a competitive pool of applicants. We are proud to congratulate the recipients and share their achievements with our members and supporters. We sincerely thank our generous members, donors and community leaders for their contributions and making the scholarships possible. 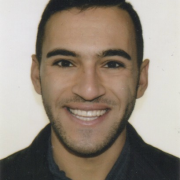 Arshan Barzani is a JD student at Yale Law School, an officer in the United States Army Reserve, and the author of Chronicles of Caesar’s Wars, the first translation of Napoleon’s history of Julius Caesar. He has interned at the House of Representatives, the White House, and the Senate Foreign Relations Committee, and spoken on foreign affairs at the Munich Security Conference and the Oxford Union. Barzani holds a BSFS from Georgetown University and an MSc from St. Antony’s College, Oxford. 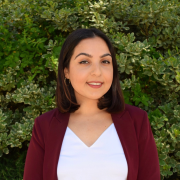 Roxana Akbari is a 1L at Berkeley Law. She was born in Tehran, Iran, and lived in Orange County, California after immigrating to the U.S. in 2010. In 2019, she earned B.A.’s in Political Science and Sociology from UC Irvine, where she was President of the Iranian Student Union, a Board Member of the College Democrats, and wrote a senior thesis titled, “Intersectional Invisibility: Race, Gender, Sexuality, and the Erasure of Sexual Minority Women in US Asylum Law,” recently published in Law & Social Inquiry. Prior to law school, Roxana worked as Legislative Deputy to Irvine Mayor Farrah Khan, where she drafted city regulations and ordinances, including the Diversity, Equity, and Inclusion (DEI) Resolution, and organized community events, including an Iranian American Town Hall focused on hate crime/incident prevention. Roxana is passionate about empowering minority communities and creating just and inclusive sociolegal systems that promote human rights. At Berkeley Law, Roxana is a member of the Berkeley Journal of Gender, Law and Justice, and the Afghanistan Project, where she provides pro-bono assistance with Humanitarian Parole applications and conducts human rights research. 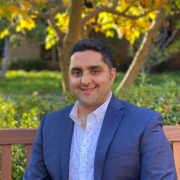 Daniel Kourosh Khalessi is a 3L at Stanford Law School and the first Iranian-American President of the Stanford Law Review.  At Stanford, Daniel has worked as a Research Assistant for Professor Bernadette Meyler in constitutional law, received John Hart Ely Prizes for Outstanding Performance, and was selected for the Inaugural Class of Sallyanne Payton Fellows.  Before law school, he co-founded Fireside, a digital town hall, and worked at Harvard’s Belfer Center for Science and International Affairs, where he analyzed U.S. foreign policy toward China, Russia, North Korea, and Iran.  He earned an M.A. from Yale’s Jackson Institute for Global Affairs and an M.A. in Economics from Peking University in China as a Yenching Scholar.  Daniel received his B.A. in International Relations from Stanford with Honors in International Security Studies and a Certificate in Iranian Studies in 2013.  While at Stanford, he interned at the U.S. Mission to the United Nations and the U.S. Department of Treasury’s Middle East North Africa Office, studied abroad at Oxford, and worked for former U.S. Secretary of Defense William Perry.  In his spare time, he loves to travel, watch Cobra Kai on Netflix, and work on his Kabob-making techniques. 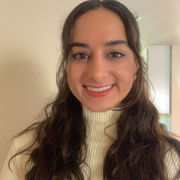 While at UC Berkeley, Nour discovered a passion for immigration reform which sparked her interest in going to law school. Before starting law school at UC Davis, Nour gained experience in immigration law and worked at two different immigration law firms. One of her most memorable experiences was helping prepare a travel waiver for Iranian nationals impacted by the Muslim Ban. At UC Davis School of Law, Nour worked in the Workers’ Rights Clinic, Civil Rights Clinic, and she will be working in the Immigration Law Clinic during her upcoming 3L year. Nour also worked with a professor as a research assistant and helped develop a new course on voting rights law. Nour’s research, coupled with living through the 2020 presidential election and its aftermath, led her to develop a strong passion for voting rights. This past summer Nour interned with the Southern Poverty Law Center and worked in their Voting Rights Practice Group, primarily working on voting rights litigation in Georgia and Florida. Nour is humbled to receive this scholarship, she will be graduating law school in 2022 and looks forward to working in public service and civil rights. 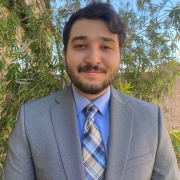 Sam Hashemi is a 2L at UC Hastings School of Law. At UC Hastings, he is the President of the Iranian Law Students Association. This summer, Sam is interning with CAIR-SFBA. He was born in Tehran and grew up in Southern California. As an immigrant himself, he hopes to use the law to advocate for immigrants and other people disadvantaged by the justice system.

Sam graduated from UC Riverside with a Bachelor’s degree in Political Science.  In his free time, he enjoys watching basketball, reading books, and cooking for friends and family. 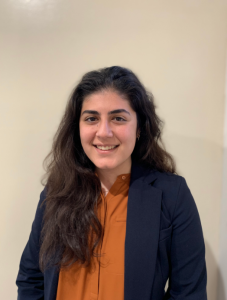 Yasmin Kouchesfahani (she/her) is a rising second-year law student at UC Hastings Law. Before attending law school, Yasmin was a paralegal at two immigration law firms where she worked on asylum cases and family-based immigration applications. In 2018, she graduated magna cum laude from the University of San Francisco with a B.A. in International Studies. Currently, Yasmin was a  summer law clerk at the National Center for Lesbian Rights (NCLR) where she is working on civil rights cases and federal policy. Throughout her career, she has held various internships and positions across the public sector such as in non-profit organizations, city government, and community justice spaces. Yasmin is passionate about a law career in civil rights, specifically asylum law and LGBTQ issues. She is a proud Zoroastrian, and her commitment to justice is inspired by her community’s values and migration experiences. She is also serving as the 2020-2021 President of the Iranian Law Student Association at UC Hastings Law. 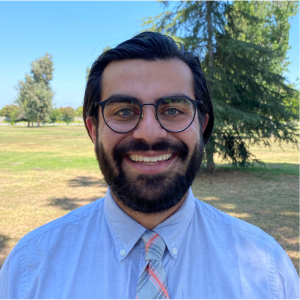 Sam Atabay Bidgoli is a rising 3L at UC Hastings. He served as President of the Iranian Law Students Association (ILSA) at UC Hastings Law
during the 2019-2020 academic year where he spearheaded ILSA’s efforts to ensure that its members were empowered with resources,
connections, and guidance to excel academically and professionally. Thanks to his work with ILSA, both Sam and ILSA were recognized as leaders
in the community and each were recipients of Leadership Awards from UC Hastings Law this past year. Furthermore, Sam’s unwavering commitment to pursuing a career in the public sector is evident by his experience in the nonprofit field, in addition to all the various levels of government— federal, state, county, and city. This summer, Sam was an intern with the California Department of Justice where he worked on defending COVID-19 stay-at-home orders, amongst other matters. He hopes to use this wealth of professional experience to pursue a career in public service where he plans to serve both as a voice for the Iranian-American community, and other marginalized communities, and as a resource for the next generation of minority students. 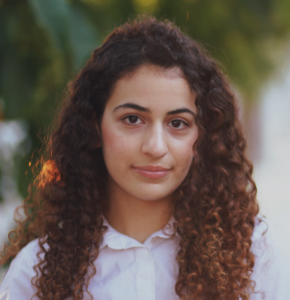 Ariana Abedifard is a 2L at UC Berkeley School of Law. She graduated from UC Davis with a B.S. in Environmental Policy Analysis & Planning. During her time at UC Davis, she interned at a farm, where she was able to glean and distribute produce to the community to advance food access. During her 1L summer, she interned at the Center for Food Safety, an environmental non-profit focusing on sustainable agriculture and pesticide use. As a 2L, she is currently a part of the Food Justice Project and Environmental Law Clinic at Berkeley Law, working towards an environmental public interest career. 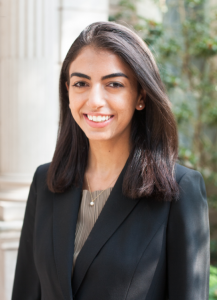 Helia Bidad is a 2L at Yale Law School (YLS) who is passionate about using law and policy to advocate for environmental justice and human rights, particularly as they relate to the food system. She was born in Iran and immigrated to the United States with her family when she was four years old. She received a Bachelor of Science in Society and Environment and a minor in Geospatial Information Science and Technology from the University of California, Berkeley in 2017. She conducted research for her honors thesis on “The Resilience of Saffron Farmers in the Khorasan Province of Iran to Climate Change and Technological Development” and conducted fieldwork in Iran. After graduating college, she worked as a Research Associate at California Environmental Associates, where she worked on issues ranging from biofuels policy to grassroots climate solutions. At YLS, Helia is part of the Peter Gruber Rule of Law Clinic’s climate team, helping write amicus briefs in various climate tort suits across the country. In the clinic, she also spearheaded projects related to the human rights of Iranians and Iranian Americans.

IABA would like to thank Judge Iravani-Sani for her generous contribution and for being a role model to Iranian-American law students. 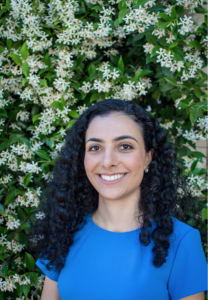 Paymaneh Parhami is a 2020 graduate of UC Berkeley School of Law with a certificate in Law & Technology. She graduated cum laude from Barnard College of Columbia University, earning a B.A. with honors in Political Science and a minor in Chemistry. Between college and law school, she volunteered at the Bahá’í World Centre in Haifa, Israel for a year. During Paymaneh’s time in law school, she focused on intellectual property law and participated in hands-on experiences such as working in the Samuelson Law, Technology & Public Policy Clinic, being a member of the Berkeley Technology Law Journal, and conducting research for leading copyright scholar, Professor Pamela Samuelson. She recently published a Note in the Berkeley Technology Law Journal in April 2020, entitled Williams v. Gaye: Blurring the Lines of Copyright Infringement in Music. After the Bar Exam in October, Paymaneh will work as an associate at Kilpatrick Townsend & Stockton LLP in San Francisco in the firm’s Trademark & Copyright group.