Sheila Zerang (The University of California, Hastings College of the Law)

Sheila Zerang is a 2L at UC Hastings Law. She was born and raised in Shiraz, Iran and moved to Los Angeles with her family at the age of ten. In 2018, she earned her B.A. degree in Sociology from UCLA. During undergrad, she worked at UCLA’s Immigration, Globalization, and Education Institute.  After graduating, she worked as a paralegal at a business litigation and an immigration law office. She also served as a board member at an Iranian LGBTQ non-profit organization in Los Angeles before moving to San Francisco for Law School. In her free time, Sheila enjoys skiing during winter and skating near the beach during the summer. Kimiya Haghighi Sprengart is a third-year law student at Georgetown University Law Center.  She earned a B.A. with honors in Political Science and Middle Eastern Studies from Wellesley College.  After earning her B.A., Kimiya spent two years in Israel working at the Bahá’í World Centre, where she conducted research and analysis and drafted official communications to support the community-building efforts of the worldwide Bahá’í community.  Upon her return to the U.S., Kimiya earned an M.S. in Foreign Service from Georgetown University’s Walsh School of Foreign Service, with a Certificate in Diplomatic Studies.  Throughout her time in law school, Kimiya has worked at Airbnb, Inc., White & Case LLP, and the U.S. Department of State’s Office of the Legal Adviser for International Claims and Investment Disputes.  Following law school, Kimiya will join White & Case LLP in Washington, D.C., where she hopes to focus on international arbitration. 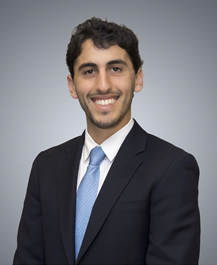 Daniel Barlava is a third-year law student at Columbia University Law School. He received a B.A. in History and Economics from Northwestern University, and followed his graduation by working for the U.S. Treasury Department. There, he supported law enforcement agencies’ efforts to conduct complex financial investigations. In his time at Columbia University, Daniel has focused on immigration defense, criminal convictions, and environmental litigation. Following law school, he will be working as an associate at the Irell & Maniella law firm in Los Angeles, focusing on public services. 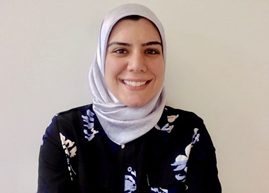 Fatemah Shahkolahi is a third-year law student at the George Washington University Law School. She earned a B.A. with honors in English from Notre Dame of Maryland University and an M.A. in International Communication from American University. After receiving her M.A., Fatemah worked at an international NGO on addressing the refugee crisis in Lebanon. Throughout her time at law school, she has worked as a judicial intern to Judge Robert McDonald in the Maryland Court of Appeals, the state’s highest court.